NRI marriages, as is commonly understood, are between an Indian woman from India and an Indian man living in another country (thus NRI non-resident Indian), either as an Indian citizen (NRI) or as a citizen of that other country (when he would legally be a PIO person of Indian origin). The question relates in particular to Indian women who are caught in fraudulent marriages with overseas Indians. We also ignore the fact that, in the event of things going wrong in an NRI marriage, a women’s recourse to justice is very limited and nuanced. The problem is widespread and involves issues such as dowry and various other types of abuse of married women in foreign countries, marriages of convenience, concealment of early marriages between the man and a woman who was not Indian. Another very significant issue that needs attention is the lack of social security for an Indian woman in a foreign country when the marriage is not working. The situation is compounded by a lack of support from the network of friends and family and monetary constraints, leaving the abandoned wife completely helpless and stranded.

Gurmit Kaur from Punjab got the shock of her life when she discovered the truth about her husband. She married Manjit Singh in 2000 thinking he was an NRI settled in the US. He took Rs.4.5 lakh in dowry and another Rs.1.5 lakh from Gurmit’s relative while going abroad promising to send her immigration papers. The papers never came. Instead she learnt that he was already married and had a son. He was not living in the US but was an unskilled worker in Seoul. She finally filed a criminal complaint. This is not a rare case. Indian women marrying NRI‟s, glamorous though it sounds, has recently become a cause of serious concern. The reason for this is the alarmingly high rates of desertion of women marrying NRI’s. From September 24, 2009 and November 30, 2011, the National Commission of Women (NCW) has registered 796 such complaints. In simpler terms this is like one complaint reaching NCW every day. At the national level, vide an order in 2008, the NCW was nominated as the Coordinating agency for issues related to NRI marriages. The Ministry of External Affairs (MEA) also has a scheme for providing legal / financial assistance to Indian women deserted by their overseas Indian / foreigner husbands. In a circular, the MEA has stipulated that Indians married in India or abroad, who want to remove or change the name of the spouse after a foreign court has granted divorce, will now have to submit a declaratory order from an Indian court. This means that Indian court’s order will be essential before applying for changes in the passport. Earlier, an authentication from the MEA or a divorce decree granted by a foreign country’s court sufficed. However, the changes became necessary after increasing number of fraud cases came to light. The government, at its end, has taken the initiative of setting up a committee to formulate a Standard Operating Procedure (SOP) for dealing with NRIs abandoning their wives. This was needed in light of several such complaints being received by the Women and Child Development Ministry. This issue was also brought forth before the Rajya Sabha Committee of Petitions in 2016. The Committee was advised that Section 14 of the Foreign Marriage Act, 1969 has provisions to help women married to NRIs facing problems abroad. This section provides a mechanism for a marriage certificate being issued which “shall be deemed to be conclusive evidence of the fact that a marriage under this Act has been solemnized”.

However, on the face of it, a marriage certificate would only be a piece of paper unless further steps are taken to give it weight and make it recognized abroad. Looking at safeguarding rights of women from a legal perspective, there are adequate enabling legal safeguards securing the rights of women. Constitution of India, under Article 15(3) empowers the state to make any special provision for women. Further under Article 51A (e), it is the duty of every citizen of India to renounce practices derogatory to the dignity of women. Legislatively, the key legal safeguard available with women is Section 498A of the Indian Penal Code, 1860 pertaining to cruelty. However, since this provision does not directly pertain to desertion, the relief available to affected women is not suitable. In 2012, the Passports Act was amended and a new provision was added to confiscate passports of people having suspicious marital records. According to NCW and the Ministry of Women and Child Development, passports of NRI grooms are being impounded by the Passport Office if they have deserted their wives. In addition, a women grievance section with helpline has also been floated so that deserted brides can register complaints. In this regard, the Law Commission of India in 2009 advocated the need for family law legislation for NRIs. The Commission suo moto took up this study and made the following recommendations : “(a) Registration of marriages must be made compulsory; (b) dissolution of marriage on the ground of irretrievable breakdown of marriage be introduced in the Hindu Marriage Act, 1955 and the Special Marriage Act, 1954; (c) Where one of the spouses is an NRI, parallel additions must be made in the Hindu Marriage Act, 1955 and the Special Marriage Act, 1954 to provide for provisions for maintenance and alimony of spouses, child custody and child support and as also settlement of matrimonial property.” The Supreme Court, at its own end, has issued several judgements declaring that divorce under a marriage under the Hindu Marriage Act, 1955 cannot be granted by any court out of India. In Neeraja Sharaph v. Jayant V.Sharaph, the Supreme Court emphasized the need to consider a legislation safeguarding the interests of women. Further, it suggested specific provisions to ensure that no marriage taking place in India, between an NRI and an Indian woman, is annulled by a foreign court. They have also recommended that in case of a divorce, adequate alimony be paid to the wife out of the share of the property of the husband both in India and abroad. The Court stated that the “decree granted by Indian courts may be made executable in foreign courts both on principle of comity and by entering into reciprocal agreements like Section 44-A of the Civil Procedure Code which makes a foreign decree executable as it would have been a decree passed by that court”.

The Punjab Government has also set up an NRI Affairs Department and a State Commission for NRIs. The Punjab Police has a special „NRI Affairs‟ cell with a website listing dos and don’ts for NRI marriages. To spread awareness about the law on compulsory marriage registration, video advertisements have been uploaded by the Government of Punjab. There are even some special law firms in Punjab dealing with NRI‟s and issues related thereto. This is not to say that efforts are not being undertaken by other states. Several states and the Centre have sought to introduce laws making it mandatory for all marriages to be registered. At the Central level, following the Supreme Court orders, in 2012, a Bill to amend the Registration of Births and Deaths Act, 1969 was introduced in the Rajya Sabha to include the registration of marriages within its purview. 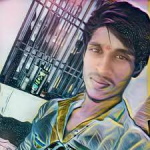 Fire Safety Violations in Mumbai Buildings – A Cause for Concern